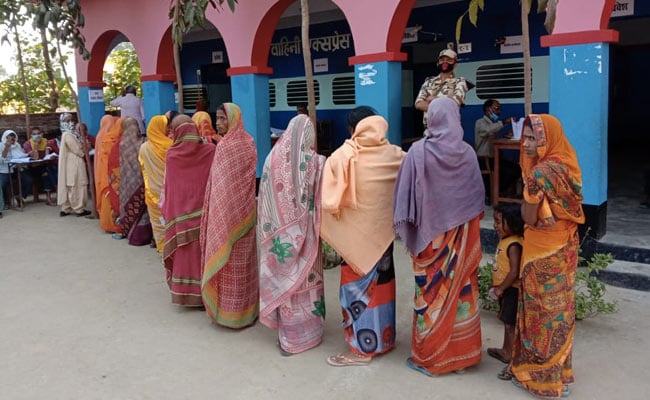 Voting started at 7 am on Saturday amid stringent COVID-19 protocols. (Representational)

Over 86 per cent voter turnout was recorded within the bypoll to Huzurabad meeting constituency in Telangana on Saturday.

As per the Election Fee’s Voter Turnout app, 86.33 per cent voter turnout was reported until 7 pm.

Huzurabad meeting constituency reported a complete voter turnout of 61.66 per cent for the bypoll by 3:30 pm on Saturday, in line with the Election Fee.

Voting started at 7 am on Saturday amid stringent COVID-19 protocols.

The results of the bypoll might be introduced on November 2. The Huzurabad seat fell vacant after former well being minister Eatala Rajender resigned from ruling Telangana Rashtra Samithi (TRS) and joined the BJP.

On June 12, Mr Rajender had submitted his resignation as Huzurabad MLA after he was sacked from the state Council of Ministers following allegations of land encroachments. The seat has grow to be a battle of status for the ruling TRS and the Opposition alike.

The Fee had reviewed the conditions associated to pandemic, flood, festivals, chilly circumstances in sure areas, suggestions from involved States/UT and considered all information and circumstances, after which it had determined to carry by-elections to fill vacancies in three Parliamentary Constituencies of Dadra and Nagar Haveli and Daman and Diu, Madhya Pradesh and Himachal Pradesh, and 30 vacancies in Meeting Constituencies of varied States.