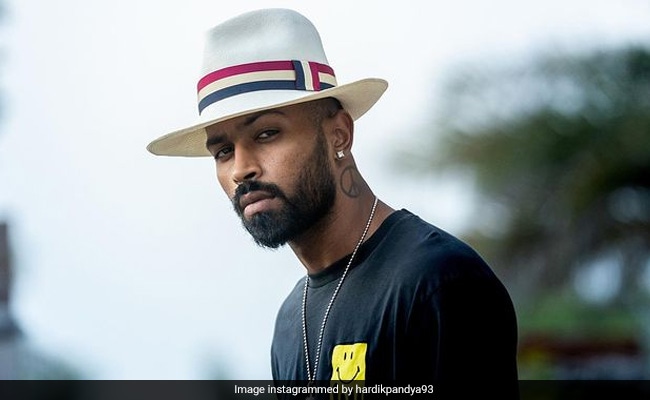 Hardik Pandya’s watches have been seized by the Customs Division on his return from Dubai.

Cricketer Hardik Pandya on Tuesday refuted studies that claimed two wrist watches price Rs 5 crore have been seized from him on the Mumbai airport on his return from Dubai, saying that that just one watch price Rs 1.5 crore had been taken for “correct valuation”.

A report by information company ANI on Tuesday had mentioned that two watches have been seized by the Customs Division on Sunday evening as a result of Mr Pandya allegedly didn’t have a invoice for the them.

Denying the costs, Mr Pandya posted a press release on Twitter saying, “I voluntarily went to Mumbai airport customs counter to declare the objects introduced by me and pay the requisite customs responsibility. Improper perceptions have been floating round on social media relating to my declaration to customs at Mumbai airport, and I want to make clear about what transpired.”

“I had voluntarily declared all of the objects that I would lawfully bought from Dubai and was able to pay no matter duties that wanted to be paid. As a matter of truth, the customs division had requested for all buy paperwork which have been submitted; nonetheless customs is doing correct valuation for responsibility which I’ve already confirmed to pay,” he mentioned.

“The price of the watch is roughly Rs. 1.5 crore and never Rs. 5 crore as per the rumours floating round on social media. I am a law-abiding citizen of the nation and I respect all authorities businesses. I’ve obtained all of the cooperation from the Mumbai customs division and I’ve assured my full cooperation to them and can present them with no matter authentic paperwork they should get this matter cleared. All allegations towards me of crossing any authorized boundaries are completely unfounded,” he added.

Hardik Pandya was coming back from Dubai after India wrapped up its stint on the T20 World Cup.

Based on ANI, Hardik Pandya’s brother, cricketer Krunal Pandya was additionally intercepted on the Mumbai Worldwide Airport over suspicion of being in possession of undisclosed gold and different valuables final yr.