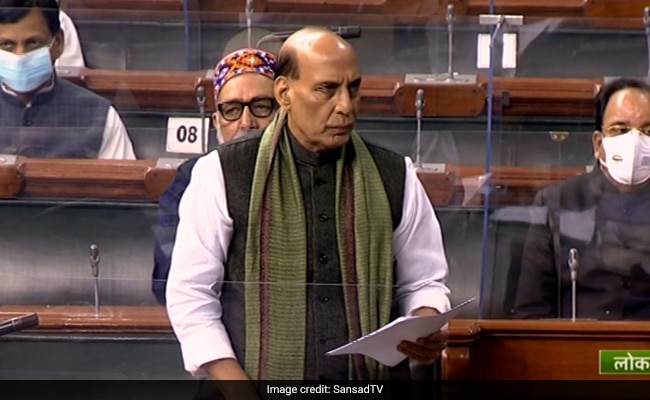 Defence Minister Rajnath Singh, MoS Defence Ajay Bhatt and the chiefs of the armed forces on Sunday paid their final respects to Lt Colonel Harjinder Singh, who was among the many 13 individuals killed in a helicopter crash in Coonoor in Tamil Nadu final week.

Mr Singh laid a wreath on the physique of Lt Col Singh on the Brar Sq. in Delhi Cantonment earlier than his cremation.

India’s first Chief of Defence Employees (CDS) Gen Bipin Rawat, his spouse Madhulika Rawat, Lt Colonel Harjinder Singh and 10 others, all from the armed forces, have been killed within the helicopter crash in Coonoor on December 8.

Lt Col Singh, who served as Employees Officer to the CDS, belonged to 11 Gorkha Rifles, the identical regiment as Rawat.

He had served in varied operations together with his battalion together with deployment on the Siachen Glacier and a tenure within the United Nations Peacekeeping Mission.

Two days in the past, Gen Rawat and his spouse got a send-off with full navy honours on the Brar Sq. crematorium.