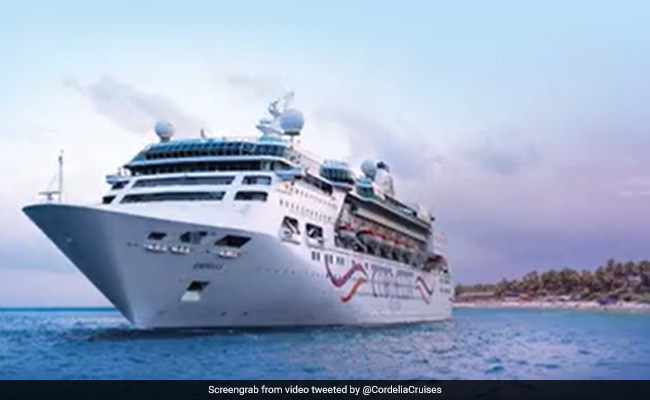 The crew member was remoted on the Cordelia Cruise ship itself. (Representational)

A Cordelia Cruise crew member has examined optimistic for COVID-19 on board the ship with over 2,000 folks that left Mumbai for Goa.

The crew member was remoted within the ship itself and the RT-PCR exams of 1471 passengers and 595 crew members have been performed. The studies of the exams are awaited.

The ship is at present harboured close to the Mormugao Port cruise terminal, Vasco.

“It was rumored that a number of crew members examined optimistic however let me make clear that out of the 2017 folks on board, just one was examined optimistic. The take a look at has been performed for the remainder of the members, as soon as the report comes, we are going to determine our subsequent plan of action. As of now, the ship is on its berth. No person is allowed to get on and off the deck,” he added.