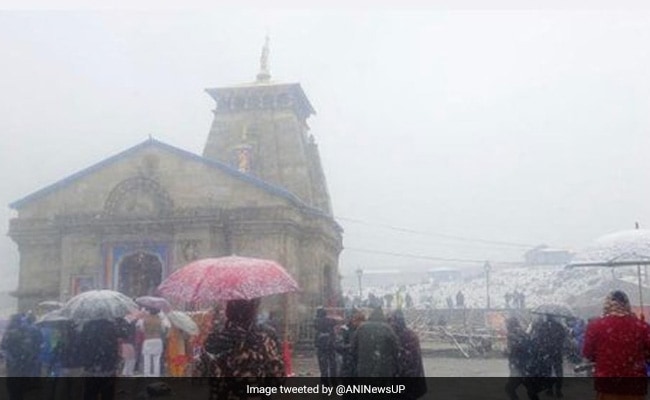 Three different pilgrims, together with two girls, have been airlifted to AIIMS-Rishikesh for remedy.

4 extra pilgrims died in Kedarnath on Wednesday whereas three others have been flown to AIIMS-Rishikesh in an air ambulance for remedy after they have been taken ailing.

Rudraprayag’s Chief Medical Officer BK Shukla mentioned 38 pilgrims on option to Kedarnath since its opening on Could 6 have died due to cardiac and different well being issues.

Pilgrims to Kedarnath who died on Wednesday have been recognized as Rishi Bhadauriya, 65, from Gwalior, Shambhu Dayal Yadav, 66, from Guna in Madhya Pradesh, Kamalnath Bhatt, 60, from Uttar Pradesh and Changdev Janardan Shinde from Kolhapur in Maharashtra.

In the meantime, three pilgrims together with two girls have been airlifted to AIIMS-Rishikesh for remedy after they complained of breathlessness.

They’ve been recognized as Munni Devi, 49, from Bhind in Madhya Pradesh, 60-year-old Savitri Devi from Guna and 65-year-old Tara Chand from Nagpur in Maharashtra.