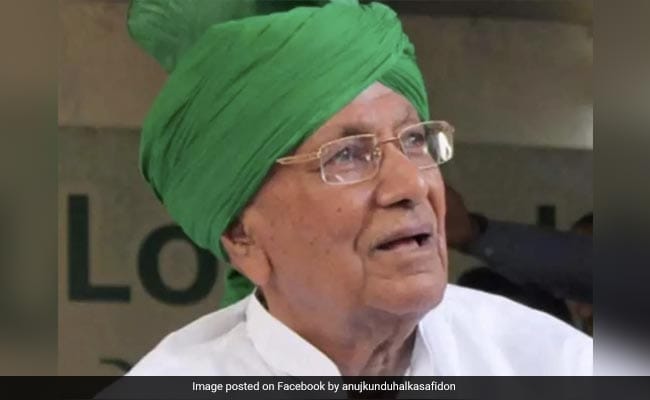 A Delhi courtroom will pronounce its order Friday on the quantum of sentence to be awarded to former Haryana Chief Minister Om Prakash Chautala in a disproportionate property (DA) case.

Particular Decide Vikas Dhull on Thursday heard the arguments from the counsels for CBI in addition to Om Prakash Chautala who was convicted within the case of buying disproportionate property from 1993 to 2006.

The Central Bureau of Investigation(CBI), in the meantime, sought most punishment for the convict, saying it might ship a message to society.

The company additional mentioned that Om Prakash Chautala was not having clear antecedents because it was the second case through which he has been convicted.

The courtroom had final week convicted Om Prakash Chautala and mentioned the accused had didn’t satisfactorily account for such dis-proportionality by proving his supply of revenue or means by the use of which, he acquired property throughout this era.

In keeping with the CBI’s FIR, Om Prakash Chautala whereas functioning as Chief Minister of Haryana in the course of the interval from July 24, 1999, to March 5, 2005, in collusion together with his relations and others, accrued property, immovable and movable, disproportionate to his identified lawful sources of revenue, in his title, within the names of his relations.

The disproportionate property have been calculated to be Rs 6.09 crore, 189.11 per cent of his identified sources of revenue.