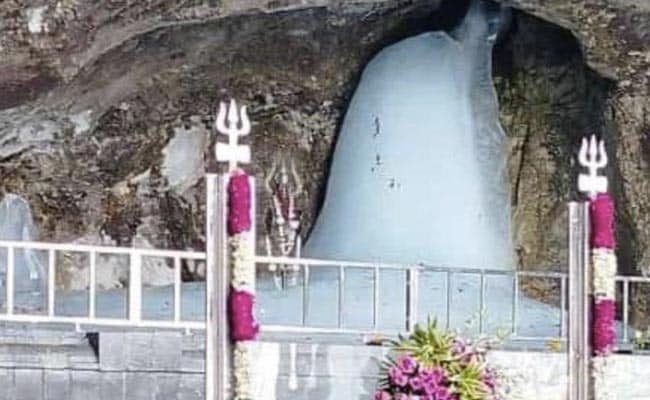 Amarnath Yatra has been suspended because of unhealthy climate, officers stated, days after the annual pilgrimage commenced after a spot of two years.

The pilgrims will not be allowed to maneuver in direction of the cave shrine housing the naturally shaped ice-Shivling from the Nunwan base camp in Pahalgam, they stated.

The pilgrimage to the holy cave had commenced from the 2 base camps – Nunwan camp in Pahalgam, Anantnag district and Baltal camp in Ganderbal district.

The primary batch of Amarnath pilgrims had reached the Pahalgam base camp on Thursday final week.

The pilgrimage remained suspended for 2 years because of coronavirus earlier than its graduation on June 30. Greater than 72,000 pilgrims have provided their prayers on the shrine since then.

The yatra is ready to finish on August 11 on the event of Raksha Bandhan.